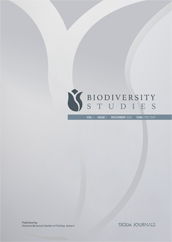 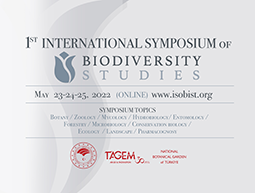 Determining the Change of Natural Diversity at Landscape Level: The Case of Denizli Province of Türkiye

This study aims to reveal the changes in diversity in the Denizli province of Türkiye according to the years. The change at the landscape level of the diversity in natural and semi-natural areas in Denizli province between the years of 2000 and 2018 was revealed with Shannon index using the CORINE Land Use/Land Cover data. The area was divided into zones to spatially determine the change in diversity. According to the analysis, diversity has decreased in zones 1 -11, 15, and 19. These areas are also the areas where the anthropogenic effect causes change.

This study, which was carried out in Denizli province, is one of the pioneering studies in the literature in terms of both the spatial determination of diversity and revealing the change over the years. With this study, it is anticipated that the biological diversity of the Denizli province will be protected and transferred to future generations. It is important to determine the change of biodiversity at the landscape level over the years and the reasons for this change, as it is a guiding factor for the planning studies to be carried out.